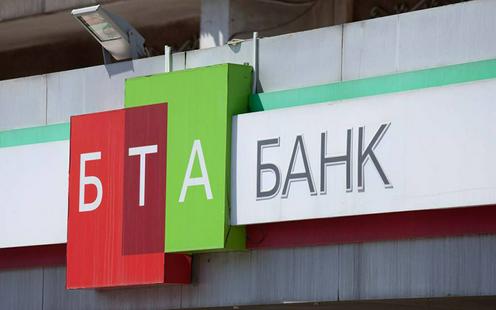 Former managing director of BTA Bank Rustam Ibragimov has been extradited to Kazakhstan from the United Arab Emirates, the press office of the Kazakh prosecutor-general’s office has announced (in Russian).

Ibragimov was wanted on charges of embezzling $250 million of BTA Bank assets together with other members of an organized criminal group run by Mukhtar Ablyazov, the statement says. He had been hiding in the UAE using a fake Kyrgyz passport.

Mukhtar Ablyazov is the leader of the banned opposition party Democratic Choice of Kazakhstan. For over a decade, BTA has been trying to recover more than $4.5 billion which, according to the investigation, was diverted out of the bank by Ablyazov during his time as chairman through a series of fictitious loans and a complex web of front companies. The affair was uncovered following the bank’s nationalisation on 2 February 2009, when the new management discovered the shortfall and alerted law enforcement agencies. Ablyazov fled from Kazakhstan in the spring of 2009.

As Radio Free Europe/Radio Liberty has written in the late 1990s, Ablyazov was “part of a younger generation that (former president) Nazarbaev, 20 years their senior, hoped to harness as he pushed his resource-rich nation into the 21st century”. Within a few years, however, “Ablyazov and the others had broken ranks, citing disenchantment with endemic corruption in Nazarbaev’s inner circle”.

The apparent epitome of a “wild 90s” oligarch, Ablyazov abandoned a career in nuclear physics to launch a computer-selling firm immediately after the introduction of private enterprise in Kazakhstan. In 1997, he was appointed head of the state-owned Kazakhstan Electricity Grid Operating Company, and shortly thereafter as Minister for Energy, Industry and Trade. It was after this that he and a number of fellow politicians and businessmen decided to challenge the Nazarbayev regime, founding the Democratic Choice of Kazakhstan (DCK) in 2001.

In 2002, along with other leaders of the DCK, Ablyazov was jailed for six years for abuse of office and illegal financial dealing. Partly in response to international pressure, and after making a promise to stay out of politics, Ablyazov was released in 2003 after serving just ten months. In 2005, he became chairman of BTA Bank (which he had acquired together with a consortium of other investors back in 1998), following the death in what was judged at the time to have been a freak hunting accident of previous chairman Yerzhan Tatishev.

By then, BTA was the largest retail bank in Kazakhstan. The Diplomat writes that this new position allowed Ablyazov to continue previous questionable business practices on a vast scale, allegedly funnelling billions of dollars out of the bank through loans to front companies. The shortfall was discovered following a government takeover of the bank in 2009. Ablyazov fled the country, first to the UK and then to France, and the Kazakh government has unsuccessfully sought his extradition ever since.

From self-imposed exile, as RFE/RL writes, Ablyazov has spent millions of dollars funding opposition groups and independent media. In 2012, broadcaster K+ and the newspapers Vzglyad and Golos Respubliki, with links to Ablyazov, were ordered to be closed down as “extremist”, following their close coverage of the events in Zhanaozen in 2011.

In 2017, Ablyazov was sentenced in absentia to 20 years in prison on charges of embezzlement, abuse of office and organizing a criminal group. In 2018, he was sentenced to life in prison after being found guilty of ordering the contract killing of his BTA predecessor Yerzhan Tatishev. The same year, a court decision ruled that Ablyazov’s Democratic Choice for Kazakhstan was an extremist organisation and its activities were banned throughout the country.