What’s behind the reshuffle in Uzbekistan’s Cabinet of Ministers?

Back in December 2018, Uzbek president Shavkat Mirziyoyev proposed that government ministers should be approved by parliament. Yesterday the idea was put into practice. Almost no new faces have appeared in the revamped cabinet; portfolios have simply been distributed afresh. We will come back to this issue in a moment, but for now it is important to underline the significance of what has just happened: for the first time in Uzbekistan’s history, political parties represented in the Oliy Majlis are formally responsible for the actions of the country’s government.

Another point worthy of note is that the abrupt changes in procedure have more than a whiff of theatricality about them. No one, after all, doubted that MPs would approve all of the ministerial nominations put before them.

Now it remains only for the new cabinet of ministers to be approved by Mirziyoyev himself. There is no doubt this will duly follow at some point in the next few days: as yet, there is still no place for excesses in the real political life of Uzbekistan. So: we already know the names of all of the ministers – what has changed?

A redistribution of roles

In order to get to the bottom of the ministerial reshuffle, we asked several well-respected Tashkent experts with a close knowledge of the country’s governing institutions for their opinions on the changes. They were unanimous that the reshuffle is purely technical in nature.

“It’s clear that the changes in the line up of deputy prime ministers are a response to the logical demands of the moment,” said one insider on condition of anonymity. “The priorities of the economic government of the country remain foreign investment, finance and tourism. Now transport has been added to the list.”

● Sardor Umurzakov will continue to work on investment and foreign trade, but now on his own, as minister.

● Deputy PM Aziz Abduhakimov – the head of the State Committee for Tourism Development – will focus his efforts on this role. 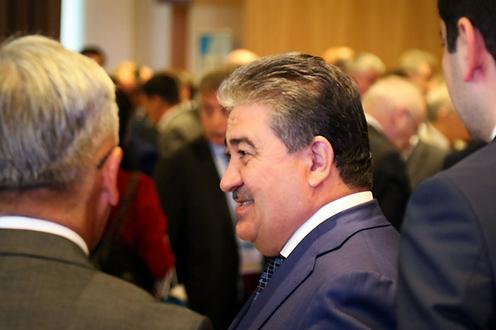 “Ramatov, the ‘firm hand’, is very close to Mirziyoyev. Among the vast number of affairs he’s been overseeing, the direction of the Ministry of Transport was an extra assignment from which he’s now been freed. And the transfer of Ganiyev, and giving him this ministerial portfolio – this has not been done to weaken Ganiyev, but to strengthen the transport department,” the expert believes.

The analysts we interviewed all agreed that the president is charging the country’s government with achieving a breakthrough in the transport sector. Speaking at a joint session of the legislative chamber and senate on 21 January, Mirziyoyev named transport, together with mining and energy as the most underdeveloped sectors of the economy. “Our railways and air connections are absolutely not in keeping with the demands of reform. And in the domain of transport we haven’t made the slightest step forward. We need to speed up the adoption of relevant laws and decrees for the development of these sectors. The situation when it comes to road construction is also not very good,” he declared. 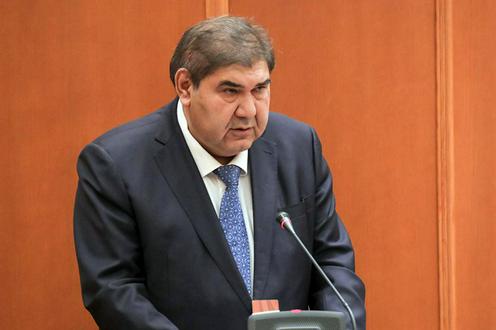 “Ganiyev, who for many years was in charge of the government’s external ties, knows all about logistics, rail and international transport communications. He was the one who came up with the idea of the major international hub “the dry port” in Navoiy, he’s very familiar with the question of access to Iranian ports and the issues of the Transcaspian and Transafghan corridors. Thanks to the appointment of Ganiyev, there may be some breakthroughs in transport over the course of this year,” said another analyst, who also agreed to talk only on condition of anonymity.

As for the minister of foreign trade and investment, Sardor Umurzakov, he is seen as a relatively young, but proven and charismatic administrator. “He’s a strong minister, and there’s no longer any real need to mentor him,” said a third insider who we asked about the reshuffle. “Umurzakov can certainly run the ministry on his own, he no longer needs the help and authority of Ganiyev behind him.”

Why no young blood?

Over the course of Mirziyoyev’s time at the helm, a number of new faces have appeared on the scene. Among the ministers and their deputies there are several graduates of the scholarship programme Umid, and members of the recently revealed expert council Buyuk Kelajak (Great Future). But the shortage of qualified personnel in the country has been sharply felt. This is one of Uzbekistan’s most pressing problems, without whose resolution no hokim, nor even a director of state-run enterprise can be replaced.

It is a problem that will not be solved quickly. On the one hand, the president talks at every opportunity of the need for a new generation of administrators, and loudly calls on educated expats to return to their homeland. On the other hand, the integration of new faces into the organs of government is hindered by the system of corruption, back-scratching and total opposition to anything new inherited from the Islam Karimov era. It is also hindered by low wages, domineering bosses, and excessive procedural rigidity – the absence of a carte-blanche to take independent decisions.

Besides this, newcomers who have completed their studies and worked for a time abroad are often not aware of all the nuances of bureaucratic and administrative relations back home, since they have no practical experience of them. After tasting some of these difficulties and frustrations in their new roles, many therefore do not remain in government jobs for long, preferring a return to the comfort zone of private business.

But the country needs governing, and so the reliance on the old guard continues. And the president himself is, of course, a member of this “old guard”. For him, it remains more comfortable to continue working with those he has worked alongside for the last fifteen years.

Yet both the slow influx of new faces into Uzbekistan and the experimentation with freedom and parliamentary democracy nonetheless inspire hope. Perhaps the next government will be not only experienced, but also modern, and young.