Nothing but gains promised

The campaign to promote EAEU membership is underway in Uzbekistan 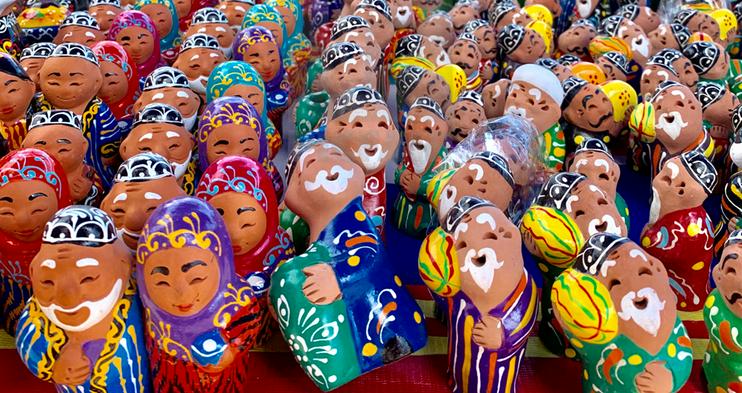 To join or not to join – that is the question. The issue of Uzbekistan entering the Eurasian Economic Union (EAEU) is likely to remain a hot topic right up until the Uzbek government’s final decision on the matter.

Back in October last year, a working group composed of experts from Russia and Uzbekistan was formed to assess the risks associated with an Uzbek entry into the EAEU. The commission was scheduled to present its findings by the end of 2019, but this did not happen. Clearly, the issue demands a long and detailed analysis. As Uzbek President Shavkat Mirziyoyev has put it, “we need to ascertain the right path. Thoroughly analyse everything, go over the calculations ten times and then take a decision.”

But one expert group has already made its choice. On 9 January, the leadership of the Centre for Economic Research and Reforms (CERR) in the Office of the President of Uzbekistan presented their report on joining the EAEU. In contrast to a number of other analysts, particularly those interviewed by Fergana, the experts at the CERR saw no potential drawbacks in the country’s integration into the EAEU. Among the posited benefits, the following were especially stressed: the establishment of equal conditions for migrant workers, increasing Uzbek exports while decreasing costs on transport and simplifying the transit of Uzbek goods across Kazakhstan and Russia, access to innovative Russian technologies, and an increase in trade with EAEU countries as a result of joining the single customs union. The CERR’s conclusion: joining the EAEU is good for Uzbek business.

The report’s conclusions were backed up by infographics prepared by the CERR on various sectors of the Uzbek economy. Not all sectors of the economy were represented in the charts. The Uzbek automobile industry, for instance, is hardly likely to be overjoyed at the prospect of joining the EAEU. The single customs union could wipe out UzAuto Motors’ monopoly over the domestic market, established by the country’s government at the time of the company’s creation and supported by the state ever since. It cannot be ruled out that some sectors of the economy will enter into decline following the integration, as was the case with poultry farming and cement production in Kyrgyzstan, which were unable to withstand the competition from companies in other EAEU countries.

Similarly, not everything is so straightforward when it comes to the issue of migrant workers. On the one hand, Uzbek workers stand to benefit from a number of improvements in their position in Russia: if nothing else, not having to pay the costly yearly “patent” will be a major plus. But won’t this serve to further ratchet up the massive exodus of working-age adults out of the country? Why then is Mirziyoyev demanding the creation of more and more domestic jobs? There will be no one to take them.

Yet perhaps the greatest “con” of entering the EAEU is geopolitical. Russia, as the dominant partner in the union, could significantly increase its influence in Uzbekistan. And then the risk will grow of a worsening relationship for Tashkent with its western partners, above all the USA. This is sure to have an impact on investment, since America is one of the major players in terms of investment in the Uzbek economy. Besides this, there is the risk that it will further delay Uzbekistan’s entry into the World Trade Organisation (WTO), which the country has been waiting to join since 1994. So joining the EAEU is not as unequivocally positive a step as the CERR’s analysts make it out to be. The infographics’ small print occasionally does also note the difficulties that Uzbek businesses will come up against, for example the increased cost of pharmaceutical products. Yet against the backdrop of the projected economic growth this is made to look insignificant.

More on the subject (in Russian):