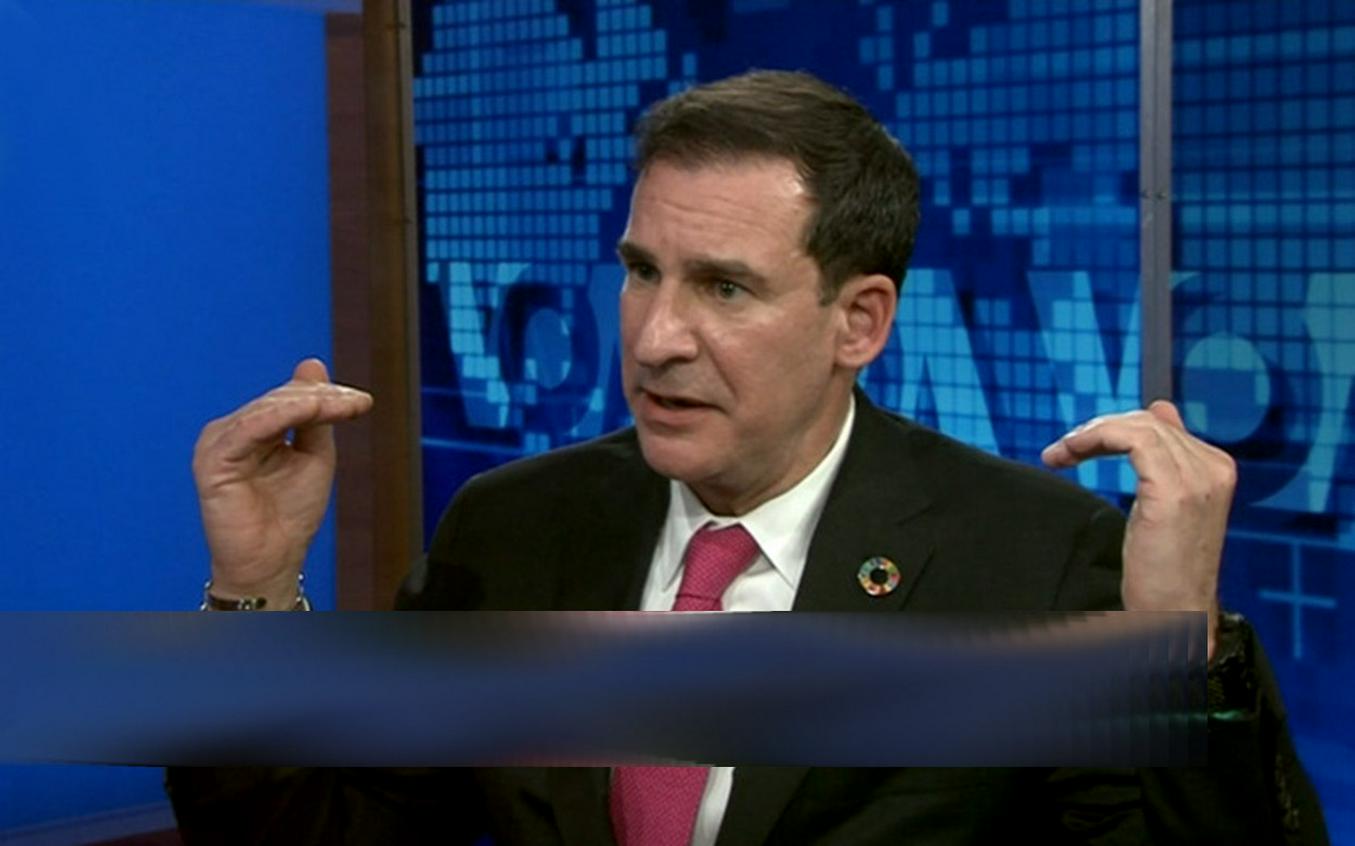 In April 2018, the government of Uzbekistan signed an agreement with Canadian solar energy firm SkyPower Global to construct solar power facilities and supply the country with energy. At $1.3 billion dollars, the deal was the largest foreign direct investment deal in Uzbekistan’s history and the first public-private partnership between Uzbekistan and a North American company, and was widely seen as a test of President Mirziyoyev’s commitment to open the country to global investment practices.

Almost two years later, however, the majority US-owned Canadian company is still waiting for a payment guarantee that it says is necessary to proceed with the project. Meanwhile, the Uzbek government has signed a deal at a lower cost with a company from the United Arab Emirates to build a photovoltaic power station in the Navoiy region, one of the areas covered in the original deal with SkyPower.

“We are still waiting for our payment guarantee,” Adler complained. “We've invested $10 million, we've built an office, we've signed a long-term lease, we've hired people. (...) The land is there. We have the tender. In order to complete financing of the project, to go to our shareholders and our bank and say, ‘We're ready to go ahead and build there’, they want a payment guarantee.”

The original framework agreement, Adler said, was signed back in the autumn of 2017. After many months of delays, it was confirmed by a presidential decree in April 2018 which ordered the government to work with SkyPower and instructed the country’s finance ministry to issue the firm a guarantee of payment. Despite this, no guarantee has been forthcoming and the company has been unable to begin construction.

The agreement was to create solar energy production facilities in a number of regions around the country, to a total capacity of 1000 megawatts. The Uzbek national power company UzbekEnergo would then buy the energy produced from SkyPower at a price of 6 US cents per kilowatt-hour. SkyPower claimed that the project would add $2.9bn to Uzbekistan’s GDP and create thousands of jobs. Adler was keen to stress that the company was not just looking to make a quick profit, but rather to build up infrastructure and expertise in Uzbekistan, and to create jobs. “Instead of just buying the solar panels from China and all the jobs going there, the solar cells will come from China, but the assembly's going to be done in-country,” Adler said. “We're not just giving solar power. (...) We're also for capacity building, doing a program where they'll be able to take their managers to Harvard and MIT Sloan to educate them, covered by the revenues of the project.”

Adler also made it clear why a payments guarantee was absolutely crucial for the Canadian side. “Any country, any developing country you go to, that doesn't have an Investment Grade Credit, has to give a second level of assurance,” he said. Given Uzbekistan’s poor standing with international credit rating agencies, shareholders and banks working with international companies who choose to go into the Uzbek market will require some kind of government guarantee that contractual arrangements will be carried out. SkyPower therefore sought a guarantee from the Uzbek authorities that, in the event UzbekEnergo does not pay its bills, the Uzbek treasury would step in to make up the difference.

This really is the crux of the matter for Uzbekistan, and where SkyPower is hoping to exert pressure on the country’s authorities. Voice of America suggests that, since signing the deal with SkyPower, the government has started to have cold feet about the costs – as mentioned, the Canadian firm will be charging 6 cents per kilowatt-hour for the energy it produces, while the Uzbek government recently signed a deal with UAE energy firm Masdar at the far lower rate of 2.68 cents per kilowatt hour. In the face of this, Adler stresses the wider developmental and employment benefits associated with SkyPower’s plans to locate assembly facilities in the country. However, as Adler makes clear, the real stick – or carrot, depending on how one looks at it – in this dispute is the issue of international trust.

“Right now the investment community is on the fence saying: ‘is Uzbekistan real?’” the CEO said, stressing that the way the country deals with these early, high-stakes investment projects will be crucial for its ability to continue attracting investment in the future: “You honour the first, you gain credibility, you gain a reputation, people will come.” Instead, the Uzbek side “are running more tenders, and more tenders, and more tenders, and they're making all these contractual commitments. (...) Everyone's nervous. I will tell you that if I was an investor today, I would be sitting back in my chair, to wait and see.» Ultimately, the firm will be hoping the county heeds the US ambassador’s warning to the Uzbek government in relation to the issue: “Uzbekistan has to honour its contractual commitments, no matter if subsequently someone comes with a lower price, because without foreign direct investment, no country can grow."

Adler remained hopeful that a solution would be found, but suggested that the Canadian firm could turn to the courts if not. “If they don't honour the contract, there was already a liquidated damages clause, that we could have executed in November of last year, to the tune of $1.8 billion. We could walk into The Hague, file our case and (...) there's no dispute, there's a contract. But it's simple: we don't want to take from Uzbekistan money for something that we didn't build. We don't want to go down that road.”

“The problem is those below the President”

Besides expressing frustration with agreement’s fruits thus far, Adler gave a number of insights into the process of dealing with the Uzbek authorities under Mirziyoyev. The government’s “unorthodox approach”, he said, started from the very beginning. Adler was invited by President Mirziyoyev to attend a gala dinner at the United Nations in 2017, along with other multinationals’ CEOs. To his surprise, he was asked by the president to stand up, and told that, after reviewing suppliers around the world, due to its experience, credibility and track record, SkyPower had been selected by the government of Uzbekistan to build the solar power industry in the country. They were told to fly to Uzbekistan in two weeks’ time, and, 48 hours after landing, the agreement was signed.

Adler relates that “the one reason” the company decided to take the risk of signing what was at the time the largest foreign direct investment agreement in Uzbekistan’s history was Mirziyoyev himself. Having met with many heads of state around the world, there are “few, if any”, Adler says, with the conviction and ability to appeal for international expertise in such a candid way. “It's the first time I've ever done that in my entire career. But he is such a special man, so unique. He reminds me of the Kennedys in terms of the way he carries himself, the way he conducts himself, the allure that he has amongst the people there.”

It was then, however, that the problems began. Despite Mirziyoyev’s decree, the payment guarantee never came. The firm was repeatedly invited to travel to Uzbekistan to finalise documents, only to be told on arriving that the Uzbek side was not ready. They were passed from ministry to ministry without anyone wanting to take responsibility for the problem.

The essential problem Adler sees in the way the Uzbek government works, in the inability of subordinate government officials to take decisions. “What we have found is yes, he (Mirziyoyev) has an amazing vision, yes, he is effecting reform. The problem is the decision making ability below the President, or the desire to decisions below the President is overcome with fear of making the wrong decision. So fear is one of the greatest inhibitors. In Canada we call it passing the puck, passing the ball, no one wants to be the one to make the decision.”

The danger Adler sees in this is that Mirziyoyev’s reform plans could end up hollow: “Basically the president just becomes a talking head, and his promises are empty. I have heard from very reliable sources that there are over a hundred presidential decrees, that the president has signed and put a stamp on and published, that are still waiting to be acted upon. And they could come up with any excuses.”

As Voice of America points out, this is not the first time that such claims have been made against the Uzbek bureaucracy. VOA correspondent Navbahor Imamova refers to the frustrations of a number of young officials in Uzbekistan, some of them Uzbek Americans who have gained jobs in the finance ministry since Mirziyoyev came to power, who have become disillusioned with the way the system works. Adler agrees that the issue is wider than merely foreign investment, yet here, too, the problem is clear: “The biggest challenge President Mirziyoyev has, is not his vision, it's not him. (...) It's the people beneath him that are not executing. That is causing consternation, and it's got a lot of investors on the fence.”

Besides institutional problems in the Uzbek state, and the government’s apparent second thoughts with respect to the cost of energy under the SkyPower deal, Voice of America’s sources in Tashkent suggest a third reason for the hesitations within the Uzbek government. Uzbek laws do not currently allow the country’s finance ministry to issue payment guarantees to foreign companies. Despite Mirziyoyev’s 2018 decree directing the finance ministry to provide such a document and ordering government agencies to work with SkyPower, the legal system has not been amended to allow this. The combination of each of these factors seems to be responsible for the problems experienced by the Canadian energy firm, but it is a situation that the Uzbek authorities will clearly need to remedy as soon as possible if they are to continue the drive to open the country to foreign investment.

Meanwhile, Kerry Adler remains hopeful that the deadlock between SkyPower and Uzbekistan can be broken, but only through a direct appeal to Mirziyoyev himself. He has therefore addressed a 1,200-page letter to the president detailing the company’s complaints. “The only person in that country that's going to set things straight for companies like SkyPower and anyone else that has an issue,” he says, “is President Mirziyoyev.”

Ultimately, one cannot help thinking that the real test of Mirziyoyev’s presidency will be changing that.