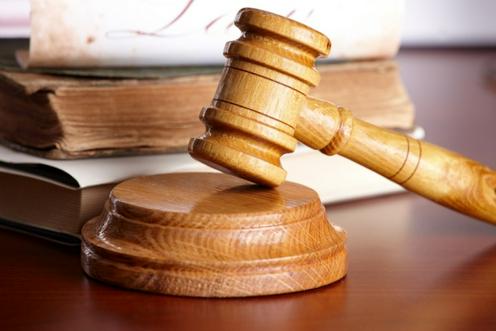 Over 42% of Uzbek hokims’ (regional administration heads’) decrees challenged in court during 2019 were pronounced illegal, Gazeta.uz writes (in Russian), citing the chairwoman of the Uzbek senate, Tanzila Narbaeva.

Narbaeva explained that legal challenges were brought to 3,000 decisions by the country’s hokims last year, and in 1,255 of these cases courts ruled in favour of the plaintiff. The senate head stated that hokimiyat officials knowingly draw up unlawful decisions and pass them on for hokims’ signature. “Very unfortunately, as a result of this the public suffer, a lot of time and money are wasted and a great deal of stress is created,” Narbaeva said.

Arbitrary decisions, demolitions of the premises of small and medium-sized businesses and schemes involving control over company management have long been widespread problems among local-level Uzbek officials. The basic problem is often hokims’ infringement of property rights during the confiscation or distribution of land and forced evictions carried out without compensation.

Uzbek president Shavkat Mirziyoyev has frequently criticised officials’ unlawful confiscations of the property of businessmen and entrepreneurs. In May of this year, the head of state ordered the full implementation of court decisions on compensation for an increase of penalties for violations of property rights. On 11 May the Uzbek senate supplemented the Uzbek criminal code with article 173, “Wilful destruction of or damage to property”, stipulating either a fine of between 75 and 100 times the minimum wage or between 300 and 360 hours of community service. In special circumstances punishment can take the form of restricted freedom (a house arrest-like sentence) of between one and three years.

Over the first two months of 2020 the number of challenges lodged by the public to local administration decisions at the country’s administrative courts rose by 10% compared to the equivalent period last year. In 50% of the cases the complaints were upheld.

Meanwhile, it was announced at the end of last week that Uzbekistan plans to pilot appeals boards for the pre-trial resolution of disputes between members of the public and the organs of state.

The appeals boards will be formed “with the aim of defending the rights of natural and legal persons, widening the range of alternative options for the resolution of disputes, and significantly raising the role of mediation, courts of arbitration and international arbitrage”. Besides this, the boards aim to lighten the current load on the court system.

The new organs will be trialled from the start of August this year across three state agencies – the State Customs Committee, the State Committee on Land Resources, Geodesy, Cartography and State Cadaster, and the Extrabudgetary Pension Fund, as well as at three regional hokimiyats – in Namangan, Bukhara and Tashkent. The composition of the boards will be decided by the agencies in which they are to operate and will be formed of between 7 and 11 members. Members should be either employees of departments of the state agency’s central office or “respected citizens”. The latter are to form no more than one fifth of the overall membership.

The boards’ decisions will have an advisory character and can be rejected by the state agency’s management. The decree does not rule out the possibility of plaintiffs also directing their complaints to other instances.

The decree underlines that the formation of the boards is an experiment and that a decision as to whether they will be extended to other state organs will be taken after 1 July 2021, when the Ministry of Justice reports its conclusions on the trial to the Cabinet of Ministers.

The decree also allows the formation, in NGO format, of centres for mediation and centres for alternative dispute resolution. One such centre will be set up in Tashkent. Again as an experiment, the Public Services Agency, together with the Tashkent hokimiyat, has been tasked with creating separate spaces at Public Services Centres where mediators will attempt to settle the complaints of individual members of the public.

The Ministry of Higher and Secondary Specialised Education has been charged with drawing up plans to introduce master’s courses in alternative methods of dispute resolution for the next academic year.

Mediation was legalised in Uzbekistan in July 2018. Mediators’ work is regulated by a presidential decree from March 2019.