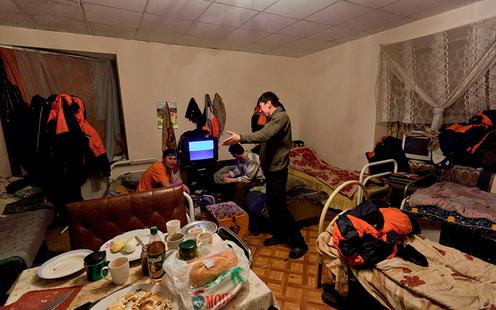 Russia’s Agency for Strategic Initiatives (ASI) has proposed temporarily giving labour migrants the same rights to unemployment benefits and other social welfare payments as Russian citizens during the COVID-19 crisis. News outlet RBK writes (in Russian) that it has obtained a copy of the document which has been sent to Russian prime minister Mikhail Mishustin.

The ASI stresses that labour migrants who have lost their jobs and are unable to return home are in urgent need of assistance. They have been left without the means to pay for food and accommodation and the state does not currently provide them with any kind of unemployment benefit.

The agency cites the example of Portugal, where 580,000 labour migrants have been granted the same social rights as the country’s citizens during the period of fight against the coronavirus and its attendant economic difficulties. The experts also argue that training courses should be organised to prepare unemployed labour migrants for jobs “in labour markets with emerging vacancies and markets serving the country’s IT infrastructure”.

On 18 April, Russian president Vladimir Putin signed a decree extending until 15 June all visas, work permits, labour patents and other related documents for foreign citizens who have been in the country legally up until 15 March. The Russian State Duma has also previously introduced legal amendments giving labour migrants the right to extend work patents without leaving the Russian Federation.

The Russian government has earlier temporarily raised unemployment benefits for Russian citizens up to the level of the country’s minimum wage – from 8,000 to 12,130 rubles per month. The measure will remain in force from April until the end of June for those who lost their jobs after 1 March.