Academies of the Caliphate

Tajikistan and the threat of ”prison jihad” 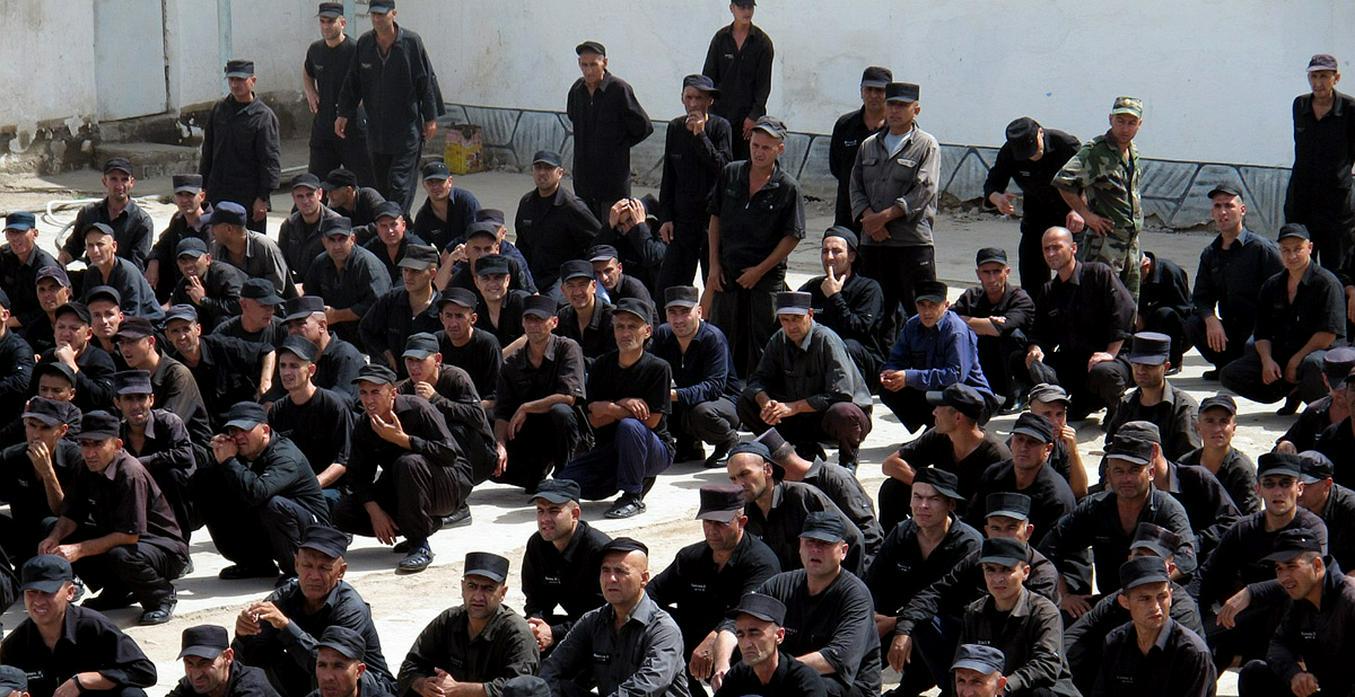 The prison riot at the Vahdat jail in Tajikistan on 19th May, inspired, according to an official government announcement, by supporters of the “Islamic State” (the banned terrorist organisation “Islamic State in Iraq and the Levant”, ISIL, IS or ISIS; Daesh in Arabic), is the latest in a series of warning bells for state authorities in the country. Above all because the incident at Vahdat is entirely consistent with the logic of IS’s new (or not-entirely-forgotten, old) strategy, which in recent months has been applied, not without success, by the now underground “Caliphate” in Iraq and Syria.

The essence of this strategy lies in sustaining the IS project and gaining new adherents by means of...prisons, into which governments are busy incarcerating jihadist survivors of the battlefields of Iraq and Syria. At one time, in the mid and late 2000s, such a strategy allowed the jihadi underground in Iraq to endure, its members able several years later not only to emerge to freedom, but also to form a new “caliphate” under the leadership of Abu Bakr al-Baghdadi. Today, after the defeat of IS in Iraq and Syria, surviving jihadists are not only running loose, weapons-in-hand, in the deserts, oases and city outskirts of these war-torn countries, but also, when locked up in prisons and detention camps, are turning these latter into de facto “academies of jihad”.

To judge by the events at Vahdat, similar tactics are now being adopted by IS adherents in Tajikistan. Once they find themselves behind bars, not only are they not renouncing their convictions, they are actively recruiting new members into their groups. Exploiting the brutal mores of the Tajik penitentiary system, as well as inmates’ anger at the senseless cruelty of prison guards and indignation against injustices on the part of prison authorities, supporters of IS either themselves instigate riots in the prisons, or else very quickly attempt to take the lead in them. This is what appears to have occurred in the compound referred to by locals as the “Brick zone” in Vahdat: angered by arbitrary treatment at the hands of prison staff, inmates of the jail rose in revolt, but the leading role was quickly taken over by adherents of the “Islamic State”. In order to shore up this leadership, not only did they kill three officers of the penitentiary service, they also brutally executed several inmates sentenced for political crimes.

If we are to believe media reports of the way in which these political prisoners at the Vahdat penitentiary were killed (they were beheaded), and the charges levelled against them by the insurrection’s leaders (one of the executed was said to be a Shiite, another a Sufi, and a further two were members of the moderate but prohibited within Tajikistan Islamic Renaissance Party), radicals with “caliphatist” views clearly played a pivotal role in this tragic incident.

The IS sympathisers who led the riot were unsuccessful in their ultimate aim of escaping to freedom. However, the very occurrence of a prison riot and the participation in it of supporters of the “Islamic State” gives grounds for a number of conclusions.

First, it is clear that, in Tajik prisons, the security forces do not have things entirely under control. Ever greater influence over inmates is instead wielded by individuals serving sentences for sympathising with terrorism and organisations like IS.

Second, the penitentiary system in Tajikistan not only does not ensure the rehabilitation and re-orientation of adherents of radical Islam and jihad, but instead provides all the ingredients for an expansion of their ranks, in the form of ordinary inmates subjected to a constant barrage of harassment and humiliation from the prison authorities.

Third, when prison riots do break out, devotees of jihad quickly assume the leading roles, outmanoeuvring prison authorities and cowing the bulk of the prison population with demonstrative acts of terror (in the style of the exceptionally brutal forms of propaganda that have become the hallmark of IS).

Fourth, adherents of the IS understanding of jihad are actively pushing the rest of the prison population to adopt their own radical style of public behaviour, entailing not only the open display of enmity towards, but also a readiness to carry out the physical annihilation of the classic “enemies” of the IS project – Shiites and Sufis (or those whom the jihadists stigmatise through the use of such labels).

Fifth, the theory promoted in recent years by the Tajik state and its propagandists, of the affiliation of the banned Islamic Renaissance Party of Tajikistan (IRPT) to the “Islamic State”, must now be seen as completely discredited. The brutal murder of two incarcerated IRPT functionaries by partisans of the “Caliphate” at the Vahdat jail shows that the IRPT is seen by IS devotees as one of their key adversaries. And this means that the charges of alleged cooperation with IS directed by representatives of the ruling regime against the leader of the IRPT, Muhiddin Kabiri, and his supporters are nothing but lies, pure and simple. The ban placed on this party in the country is thus merely an expression of the desire of President Emomali Rahmon and his associates to consolidate their own power.

It is not yet clear what role was played in the Vahdat riot by Behruz Gulmurod and Fahriddin Gulov – son and nephew, respectively, of former OMON commander Gulmurod Khalimov, who left the country to fight for the “Caliphate” in Iraq. Although these individuals were also incarcerated for IS sympathies, it is entirely possible that they were not the real leaders of the May 19th riot. That they died in the course of the revolt’s suppression is no real cause for relief for state powers or the public: it seems unlikely that Khalimov’s still young, 20-year-old son himself carried out the beheading of the unfortunate inmates accused of Shiism and Sufism and the representative of the IRPT. And the death of Gulmurod Khalimov’s relatives does nothing to solve the problem of the radicalisation of the prison population in the country.

There have now been two large-scale prison riots in Tajikistan in the space of the last seven months (November 2018 in Khujand and May 2019 in Vahdat). The initial impetus for the riots was provided by widespread mistreatment on the part of prison authorities, rendering life unbearable for detainees. The uprisings’ “agenda”, however, was quickly radicalised by the efforts of the “jihadist group” among the inmates. In both cases, attempts to take control of the mass acts of insubordination have been made – not without success – by inmates loyal to the “Islamic State”.

Although state authorities have thus far been able to put down the prison riots and prevent them from spreading beyond the jail perimeters, this does not mean that such a “jihadi uprising” in the future won’t meet with success, and that the jihadists’ occupation of the jail or jails they manage to seize won’t be the starting point for more significant political convulsions in Tajikistan.